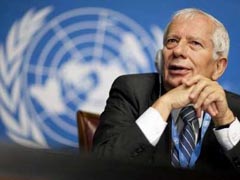 On 14 January 2013 the second lecture in what I hope will be an ongoing series of lectures by distinguished highly international lawyers took place at the Temple of Peace in Cardiff. Prof. Christian Tomuschat, Emeritus Professor at the Humboldt University in Berlin gave a lecture entitled “The Judgment of the ICJ of 3 February 2012 in Germany v Italy – A Formalistic Aberration?”. The lecture was organised by the Legal Affairs Committee of the Welsh Centre for International Affairs and Aberystwyth University law school.
This lecture followed on an outstanding first lecture given one year earlier by Prof. David Kennedy of Harvard University. Prof. Kennedy was a hard act to follow, but Prof. Tomuschat did not disappoint. He gave a brilliant analysis of the recent litigation at the International Court of Justice between Germany and Italy (Jurisdictional Immunities of the State (Germany v. Italy: Greece Intervening), in which he was leading counsel for Germany. So this was a chance to hear right from the centre of the action what it means to take a case to the ICJ and how it was argued.

Prof. Tomuschat’s lecture was notable for its outstanding analysis of the dispute between Germany and Italy over the non-payment of compensation to Italian prisoner of war. But perhaps the most memorable aspect of it was his analysis of jus cogens which clearly demonstrated the limits (and problems) of the doctrine and in the most rigorous manner questioned the unthinking reliance on it of too many international lawyers.

The lecture was very well attended by members of all the Welsh law schools, as well as the University of Bristol and the University of the West of England. The bar has been set very high for 2014. Who will face the challenge of keeping up with, if not the Joneses, at least the Kennedys and the Tomuschats? It will be an event not be missed, and I wish him or her all the best.

Dept. of Law and Criminology